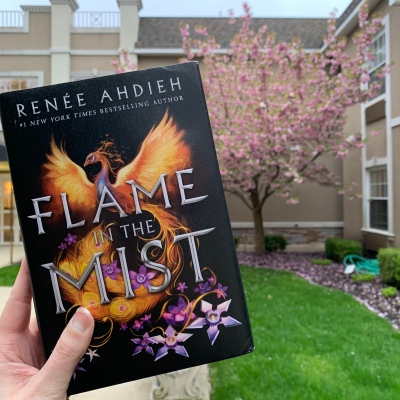 Gender-bending assassins? Count me in!

We follow Hattori Mariko, who is on her way to meet her betrothed when her caravan is attacked. Fighting for her life, she resolves to do everything she can to find out the truth and avoid bringing dishonor on her family. Even going as far as to infiltrate the very people who tried to kill her.

Why didn’t Mariko just reveal herself earlier on? If she truly wanted to protect her family, why did she let them be attacked because of her? I feel if she had just said something, even simply coming out and just explaining everything to her brother when he was alone, a lot of deaths could have been avoided.

I fell in love with Renee’s style of writing. From the first chapter, she had me ensnared by her storytelling. The way she tells the story it felt as if I were there.

Mariko disguising herself as a guy is straight up my alley. In order to infiltrate the people who tried to kill her, Mariko had to do anything and everything to get there. In the end, she ended up making a mess of things but we still love her and her strength.

This was a wonderful book. If the second book presents itself to me, I would definitely purchase it. I have heard that isn’t Renée’s best novel so I will be buying her other series as well.

This book is similar to Shadow of the Fox.

“A wry grin began to curl up Okami’s mouth. ‘Be as swift as the wind. As silent as the forest. As fierce as fire. As unshakeable as the mountain. And you can do anything …'”